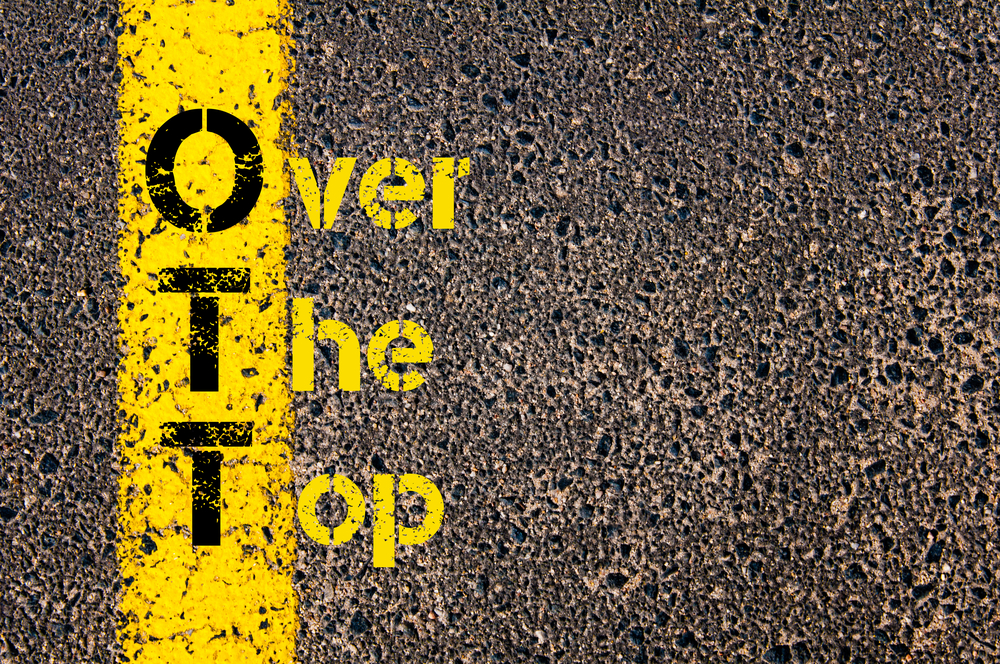 According to multiple reports, Over-the-top (OTT) has emerged as the fastest growing media viewing service currently available. OTT services, or OTT TV, is used by 42% of all adults, with most viewers choosing to spend time with subscription, transactional or free streaming video services.

Closely tied to emerging economies, the technology is now prevalent in 80 percent of homes worldwide, up from 65 percent in 2009, according to a study by L.E.K. Consulting. The number of global subscribers continues to increase due to broader content offerings, on demand accessibility and affordability. Another study found that Live TV viewing continues to decrease in the United States, prompted by these factors. “The bulk of the decline in live TV viewing is transferring online, to OTT video consumption through connected devices,” the article said.

Over the top content allows viewers to stream shows on smartphones, PCs, multimedia devices and game consoles, all of which have seen historic highs in usage. The platforms experiencing declining levels of video usage are Live TV, DVD Blu-Ray, and DVR Timeshifted TV.

TechCrunch reports that OTT services will surge to 330 million subscribers by 2019, in a study conducted by Juniper Research. Top players like Netflix, Amazon and Hulu have now started waging a “content arms race” aimed at creating high quality shows garnered to attract more viewers and paid subscribers to each respective channel. That’s good news for viewers, as they will have more shows to choose from, and also good for advertisers, as the platforms are becoming monetized.

An article by Media Post characterizes OTT services as the fastest growing segment of video advertising. Increased data and audience segmentation has been allowing advertisers and purchasers of broadband primetime the ability to feature relevant advertising to certain groups and geographical areas. For example, an ad for new mall opening in an area can be shown to audience viewers within a given geographical radius.

To summarize, OTT TV is becoming more attractive, and is increasingly perceived as a way for viewers to enjoy audio and video entertainment. Traditional TV isn’t dead, as some pundits claim it to be; it’s only changing to meet the needs of a 21st century audience. A savvier audience who wants content at the tip of their fingers – and doesn’t want to wait.

TikiLIVE provides cutting edge OTT services with a variety of features including Video On Demand and live streaming video for subscribers. OTT content is the way of the future and TikiLIVE is a great choice for an OTT provider.