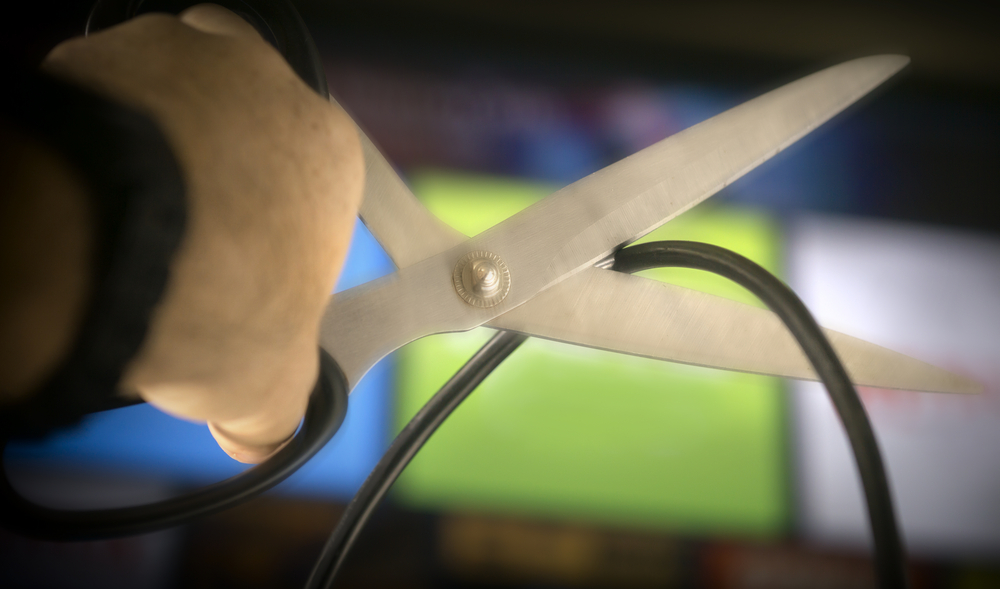 Headlines are the spurious sound bites written to gain attention and higher click-through-rates on un-newsworthy stories. Headlines swindle readers with false promises, over-exaggerated case studies, and yarns taken out of context. But headlines are not based on facts.

Trendlines, on the other hand, are based on data. Trendlines can be measured, charted, and projected into the future. Oftentimes, they can show a fuller, richer version of a developing story, much more so than cheap headlines ever could.

As the story goes, 21st-century consumers, sick and tired of the cable company’s expensive bundles and unwatched channels, began switching to other services. They began cutting the cord on cable, opting instead for Video-on-Demand, Over-the-Top, and IPTV service providers. The online community has grown so large that a subreddit of vehement proponents now exists on Reddit called r/CordCutters. The cord cutter demographic skews younger, and is based on the contemporary Millennialistic ideas that information should be freely shared (or at least not taxed so highly).

As competitors like Netflix, Hulu, and TikiLIVE have moved in on the turf once owned exclusively by goliaths such as NBC, AT&T, and Comcast, one may be tempted to call this new wave of passionate zeal a headline.

“Cord cutting is just another headline,” groans the curmudgeon who still owns a VHS player. But it’s not. Yes, it is true that counter-cultures come in ebbs and flows; some are stronger than others.

But cord cutting is not a headline. It is a fact.

It is a trend that is becoming more prevalent by the day.

Forbes reports that more than 11 million U.S. households cut the cord last year. This equals 1 in 5 U.S. households (Source). More precisely, 20.4% of all U.S. households were cable free at the end of 2015, in a report by market research firm Convergence Consulting (Source).

Shares of companies like Viacom, Time Warner, and CBS continue their downward trend, especially as the younger crowd opted for internet video services that are more convenient, less expensive, and can be canceled at any time.

A Nielsen survey found that among people aged 21 to 34, 38% of respondent claimed they plan to cancel their cable or satellite subscription and replace it with online video services (Source). Viewing habits are changing and disruptive content and service providers have entered into the fray. Although not everyone is sold on “cordless television” (read “internet television”) the younger generation, including Millennials and Gen Z, will likely be onboard. However, the Baby Boomers are unlikely to switch. In the same Nielsen report, only 15% of participants surveyed between the ages of 50 – 64 said they were willing to cancel.

This is a move that the cable companies are banking on. Yes, market share will gradually wear away – and cable companies will have less of a cliff ledge to stand on – but this time is decades away. Cable companies will pivot and adapt to different markets. They already have so much infrastructure and data in place that it will take some time before the new players can catch up.

One can point to the fact that ESPN lost more than 10% of its subscriber base since 2011 (a total of 11 million individuals). One can also look at the recent Fortune article titled Almost a Million People Cut the Pay TV Cord in the Last Three Months and come to the conclusion that this is the end of the cable magnate. But then one would be believing the headlines…

Although the headlines may promise doom and gloom for the detestable cable companies, rest assured that the battle over the U.S. living room will still rage on. In 2014, traditional satellite, telephone, and traditional cable firms brought in $105 billion from TV subscriptions. Meanwhile, internet video services, including Netflix and Hulu, made just $5.1 billion – a tiny fraction of the entertainment pie.

Cut The Cord With TikiLIVE

At TikiLIVE, we are proud to be one of the leaders in the cord cutting movement. Learn more about our IPTV and OTT services here