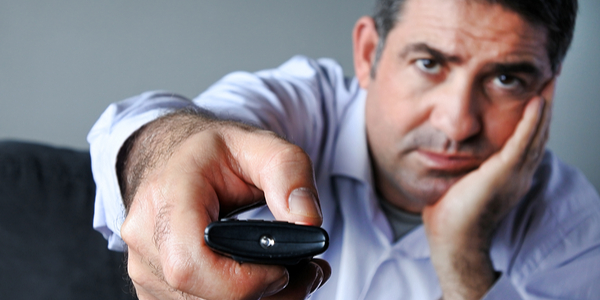 Millions of people across the world are paying extra money for services they don’t use. A recent report by uSwitch finds that 71% of people who pay for TV packages don’t watch half the channels they are subscribed to. What’s more, the rates traditional media companies (including satellite and cable) are not fit for the modern consumer, who is stuck fronting the bill for a large amount of channels that go unwatched. .

Costs for IPTV and OTT content are about five times less than the average price one would have to pay for traditional cable and satellite TV services.

uSwitch is an independent reporter that largely conducted their research in the UK and they found that the British viewers were having the same issue as Americans with expensive service and a large majority of unnecessary/unwatched channels. British viewers expresed discontent with packages as a whole but reported being “too busy” to change from cable or learn about other alternatives. The full report by uSwitch can be found here.

“You want me to pay how much for my sports channels?!”

Nielsen data reports that sports are not bringing in as much revenue as they used to. Currently, the TV audience for sports makes up 4 percent or less of households across the United States. Local sports fare even worse, with less than 3 percent of TV-owning households tuning in to watch their home teams play. Despite this, sports make up around 20 percent of the entire cable bill.

Which begs us to ask the question:

“Why are we paying for things we don’t need!?”

Through all this, both DirectTV and AT&T have scaled back their sports programming. They are aware that sports are not as catchy as they used to be, with modern day viewers busier than ever, they do not watch a full sports game from start to finish. The modern day sports fan is okay watching a few minutes of the game, or catching the highlights online. Alternatively, sports are not raising enough eyeballs (read, “viewers”) and the distributors have cut back on the programming they purchase, and are more hesitant about entering into million dollar contracts with national and local content creators that shoot live sports.

A New Market for Media

New media is squaring off against old media in the battle for control America’s living rooms. New media includes services that are delivered through internet, while old media generally refers to services delivered over cable and satellite. As IPTV providers and Video on Demand broadcasters compete with entrenched players like Comcast, Time Warner Cable, Cox Media, and NBC the divide between generations is starting.

TikiLIVE offers a variety of IPTV subscription packages that contain all your favorite programming for much less than traditional cable or satellite TV.